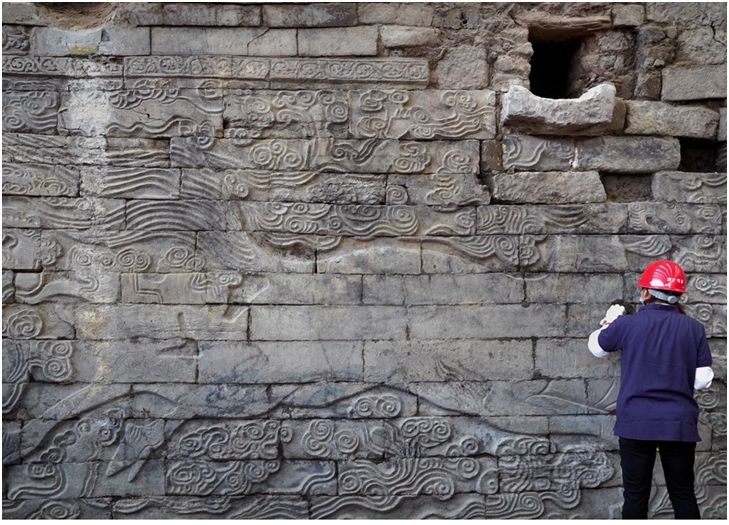 Two stone murals from the Northern Song Dynasty (960-1127) have been unearthed in central China’s Henan Province. Archaeologists said the stone murals found were the largest ever found in China.

Zhou Runshan (head of the excavation project) stated that the work in the area is ongoing, and they expect the total length of a single mural to reach an estimated 30 meters.

Zhou also said that they expect the total length of the murals on both the east and west sides of the bridge to reach approximately 100 meters, and the total carving area to reach 400 square meters.

“It is an important discovery that enriches and rewrites the art history of the Song Dynasty,” he said.

The Zhouqiao Bridge was built between 780 and 783 during the Tang Dynasty along the Grand Canal connecting the northern and southern parts of China. Zhouqiao Bridge was a very important structure for Kaifeng City. In 1642, due to the flooding of the Yellow River, mud and sand covered the area. Archaeological work at the site began in 2018. Since the excavations began, 4.400 square meters have been excavated in the area and 117 remains have been unearthed.