The True Source of Archaeology
Archeotips > Anatolian Archaeology - News > Hittite and Roman ruins were found in the 3,500-year-old mound 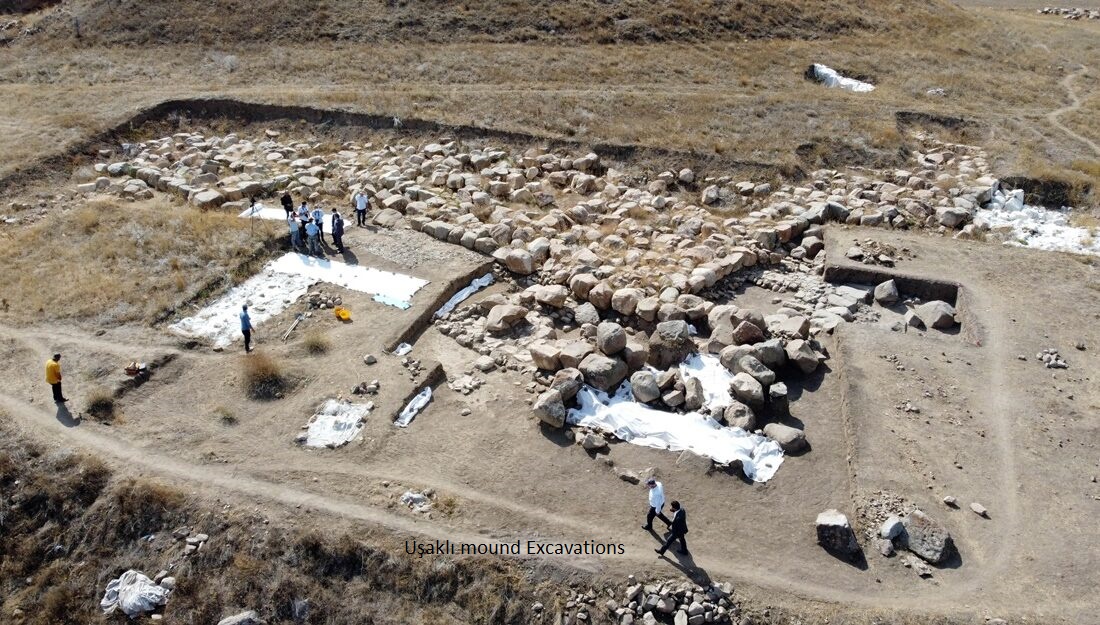 Hittite and Roman ruins were found in the 3,500-year-old mound

A temple and palace belonging to the Hittites and tombs from the Roman period were found in the Uşaklı mound in Turkey.

Uşaklı mound is located in Turkey’s Yozgat province. Uşaklı mound is known as the place where the oldest mosaic with a history of 3500 years is found.

At this mound, where Italian and Turkish archaeologists work together, there is a team of 30 people in total. In addition to finding the oldest mosaic until now, important findings belonging to the Hittite and Roman periods have been unearthed.

The mosaic, consisting of 3,000 large and small stones in an area of 7 meters, was unearthed in the researches carried out in Uşaklı mound in 2021.

In this year’s excavations, findings thought to belong to the temple ruins belonging to the Hittites were found. In addition, it was determined that one man, two women and one child graves were also found in a part of the excavation area. The findings are still being evaluated by researchers.

Head of the excavation, Anacleto D’Agostino from the Italian University of Pisa, ” We started this project in 2008. First, surface surveys were carried out and then 4 years later, we started excavations. We have found tombs from the Roman period and are examining the skeletons found. There are Hittite and Roman period finds in the starting area.”

“We consider the skeletons found are from the Roman period.”

In 2015, a cuneiform tablet was found in the Uşaklı mound, which bears the traces of the Hittite Civilization. For this reason, it is predicted that the Uşaklı mound is related to another important Hittite city called “Zippalanda” which is very close to the capital Hattusa, the worship center for the Storm God (Teshup).

The tablet belongs to the first half of the 2nd millennium BC. The tablet found is a very important find for Anatolian archeology. The fact that this tablet was found near the tablet fragments found in the 2012 and 2014 studies confirmed the existence of a possible sanctuary. Reaching the ruins of a temple and palace with the 2022 excavations makes this thesis true.