The True Source of Archaeology
Archeotips > Anatolian Archaeology - News > 5 human figures dating back 8,000 years have been found in Ulucak Mound 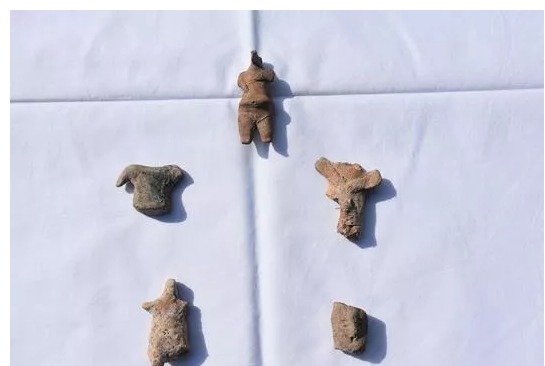 5 human figures dating back 8,000 years have been found in Ulucak Mound

Human figures that were broken to get rid of evil were found in Ulucak Mound in western Turkey. A total of 5 of these figurines were found. Archaeologists think that these figurines date back to around 8000 years ago.

5 human figures with very important meanings dating back 8000 years were found in Ulucak Mound in Izmir, Turkey. Prof. Dr. Özlem Çevik who heading the excavations at Ulucak Mound, ”There was some purpose in breaking the figures. These; they could be broken and thrown to represent birth, death, the building of houses, harvest time and abundance, as well as to destroy bad possibilities.”

Where is the Ulucak Mound?

Ulucak Mound is located in the western part of Turkey, in the province of Izmir. The mound was first discovered by British researcher David French in 1960.

At that time, it was determined that it was contemporary with the Neolithic period with the first finds. Excavations have been continuing since 1960 with various archaeologists. The Ulucak Mound is the first settlement of İzmir. Late/middle Chalcolithic, Early Bronze Age and Roman/Byzantine ruins were found in this area.

The current excavation director, Prof. Dr. Özlem Çevik gave brief information about the studies, ” Ulucak Mound is one of the earliest Neolithic centers of western Anatolia. It was inhabited uninterruptedly, starting from 8 thousand years ago until 1100. ”

”We found 5 human figures during this year’s excavation season. These are made entirely of clay. We’ve found some of them whole, and that’s very rare. Mostly we found the head broken or only the head part. Sometimes we find only its arm and leg broken, just like this year.”

The head of the excavation, Prof. Dr. Çevik noted that they found the figures inside the houses, in the courtyard and on the street of the mound. In addition, previously these figures were thought to have a sacred meaning for the mother goddesses, but with new studies, ıt is thought that they were broken and thrown away to bring more abundance and fertility and to get rid of evil.

Numerous seals, spindle whorls and bench weights were found in Ulucak Mound again this season. These finds also show that the Aegean region was probably the center of textile production.

What has been found so far in Ulucak Mound shows that it will give us more information in the future.

0 thoughts on “5 human figures dating back 8,000 years have been found in Ulucak Mound”