The True Source of Archaeology
Archeotips > Paleontology > Two separate paleolithic populations in the UK are revealed through DNA dating back 13,500 years 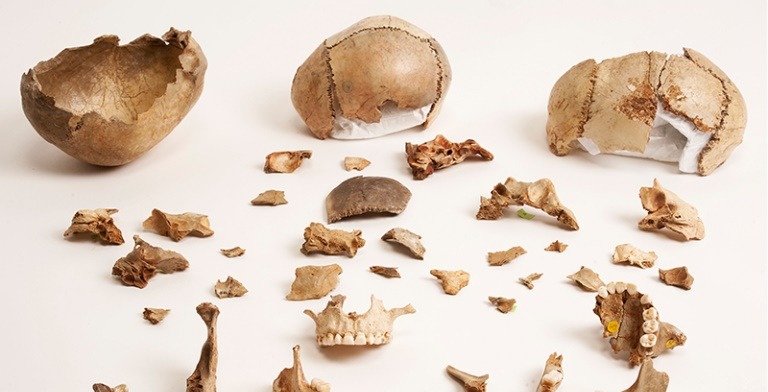 Two separate paleolithic populations in the UK are revealed through DNA dating back 13,500 years

DNA from the Paleolithic period has revealed the oldest human DNA in UK. According to these studies, Two separate paleolithic populations migrated to England at the end of the ice age.

The researchers studied DNA residues from individuals who lived in North Wales more than 13,500 years ago. One of these skeletal remains has been found in England, where there are very few skeletal remains of this era. Radiocarbon studies and DNA studies show that important information can be extracted from these remains.

According to the researchers, these DNA sequences now reflect the earliest period of British genetic history, but ancient DNA and proteins have the potential to take us far further back in time.

The DNA from the person from Gough’s Cave, who passed away about 15,000 years ago, revealed to the researchers that her relatives were a part of the first migration into northwest Europe around 16,000 years ago. Also, the remains of an individual 13,500 years ago whose ancestors were from a hunter-gatherer group were found in Kendrick Cave. These investigated genomes are thought to have migrated from the east to England around 14,000 years ago.

Researcher Mateja Hajdinjak ”The two origins were discovered in England only a few thousand years apart. The discovery adds to the growing outlook for Paleolithic Europe with a dynamic and variable population.”

According to the research, these migrations, which took place during the period when most of England was covered with glaciers, ended with the melting of the glaciers and the change in the climate. People who came with immigration have started to return to northern Europe again.

These two distinct genome sequences found are not just genetically different, the researchers said. They say that these two groups are different from each other in terms of eating and drinking, burial techniques and environmental approaches.

The scientists found that the two groups’ burial customs varied as well. While animal remains were unearthed at Kendrick’s Cave, these included movable art, such as exquisite horse jawbones. No animal bones with signs of human consumption have ever been discovered.

Finally, the researchers said it is difficult to say exactly who these populations are.

One thought on “Two separate paleolithic populations in the UK are revealed through DNA dating back 13,500 years”