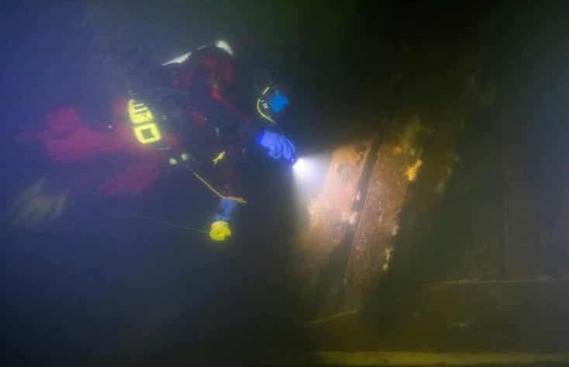 Marine archaeologists believe it was the sister ship of Vasa, which sank off Stockholm in 1629.

The Swedish Naval Museum says naval archaeologists in Sweden have discovered the long-lost sister ship of the 17th-century warship Vasa, which sank on its maiden voyage.

The 69-meter Vasa, which carried 64 cannons when it was thrown into a strait off the island of Vaxholm just outside the capital, Stockholm, was built by the same shipbuilder as the Applet (Apple), which was launched in 1629.

“Our pulse quickened when we saw how similar the wreck was to the Vasa,” said Jim Hansson, a marine archaeologist at the museum.

Hansson said the structure and dimensions looked “very familiar,” raising hopes that this could be one of Vasa’s sister ships.

Some of the sides of the ship had collapsed, but the hull was protected up to the lower deck, and the collapsed parts carried gun ports on two levels.

The wreck was discovered in December 2021. A more extensive search was carried out in the spring of 2022, revealing details previously only seen in Vasa.

Alongside the technical details, the museum says measurements and wood samples confirm that this is indeed the Applet.

In 2019, the museum reported that two more warships were discovered in the same area. At the time, archaeologists believed that one of them might have been the Applet, but further research showed that these ships were actually two medium-sized warships from 1648, named Apollo and Maria.

“With the discovery of Applet, we can add another important piece to the puzzle about the development of Swedish shipbuilding,” says Hansson. He adds that this allows researchers to examine the differences between Applet and Vasa.

Named after one of the Swedish kings, Vasa was supposed to serve as a symbol of Sweden’s military might at the time, but capsized after traveling a little over 1,000 meters. It was recovered in 1961 and is on display at the Vasa Museum in Stockholm, one of Sweden’s most popular tourist destinations.

Three ships were ordered from the same shipbuilder: Applet, Kronan (The Crown), and Scepter. And unlike their predecessors, they served in the Swedish navy and participated in naval battles.

It is believed that the ships were intentionally sunk after being decommissioned and acted as underwater traps for enemy ships to hook up.