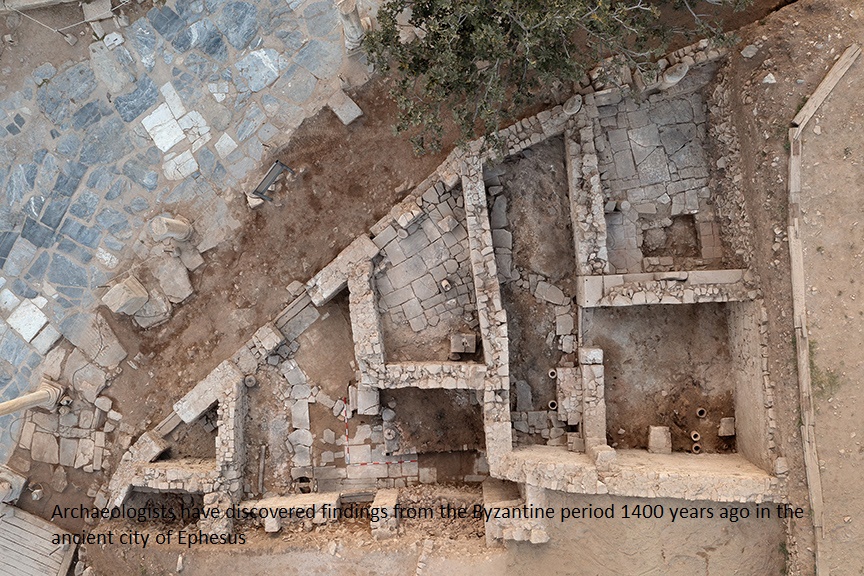 Sabine Ladstatter, head of the Ephesus Excavation, from the Austrian Archaeological Institute, announced that they had uncovered very important finds from the 7th century AD under a layer of fire.

The head of the excavation stated that during the 2022 excavation season, researchers discovered a neighborhood and stores dating to the Early Byzantine Period 14,000 years ago, “Slope houses were found in the ancient city of Ephesus 50 years ago. The most important finds we reached after the discovery 50 years ago emerged in the 2022 season. ”

The head of the excavation stated that the finds were unearthed in very good condition and gave some explanations.

“It is an area that was destroyed in the 7th century BC. We think it was lost due to fire. At the same time, the fire layer preserved the furniture and rooms and passed on this area to future generations. Although it is historically wrong to compare this area with the Pompeii site, it would be correct in terms of similarity.

Why are the finds in the ancient city of Ephesus important?

The finds were found in Domitian Square in the ancient city of Ephesus. This square is right next to the Upper Agora, which has political significance for the center of Rome.

The head of the excavation mentioned that the findings show fire destruction and it is impossible to give a clear date. Ladstatter said the following about the finds.

”It revealed an important structure in an area of 170 square meters. It is a preserved layer up to a height of around 4 meters. A lot of finds were unearthed from under the layers. Thousands of ceramics appeared among seashells. We came across some legumes and fruit seeds. Amphorae, gold coins and bronze coins were also found in this area. Excavations took place mostly on warehouses, kitchens and souvenir shops. We also found a number of military arrows and spearheads during the excavations. This shows us that there is a military operation.”

Brief information about the ancient city

Ephesus was both a political and a commercial center of its time. Starting from prehistory, this region was inhabited, especially during the Roman, Byzantine and Ottoman periods and was always a center. Its location at the intersection of East and West has made it a particularly big city. In addition, Ephesus is a port city.

The ancient city of Ephesus is divided into two parts: the upper and lower agora. In both of these areas, very important findings that shed light on history have been revealed. Some of them are; Celcus library, ancient theatre, hillside houses and more.