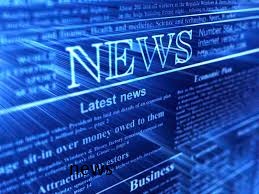 The 5 most important archaeological news in October

5 of these important news are as follows;

A new neighborhood emerged during the excavations in Ephesus. This neighborhood was unearthed right next to the region that is the political center of the Eastern novel. Many finds were discovered in this newly found area. Among them; Amphorae, ceramics and many fruit and legumes seeds were found.

The existence of motifs brought to light the confusion of the period in which it was made. At that time, monks from Europe had monasteries established to impose Catholic and European culture on the local people. The priests, who put their own motifs in them, also had local symbols built on the walls in order to attract the local people.

3-) In Egypt, a bell dedicated to Ramses II has been found

Archaeologists have discovered a cult bell from the time of Ramses the Great in Egypt. This bell was unearthed from among the ram skulls that were gifted to Ramses.

Egyptologists explained that the bell was decorated with four animal heads, each representing a different god.

During the Roman Empire, Saint Nicholas, an early Christian bishop, lived between 270 and 343 BC.

Archaeologists unearthed the skull of a human buried in a cave in the Czech Republic in 1881. the skull dated to about 31,000 years ago and classified the individual as male. But they were wrong about this person’s gender, according to a new study.

More than 140 years later, archaeologists determined that this skull belonged to a woman.