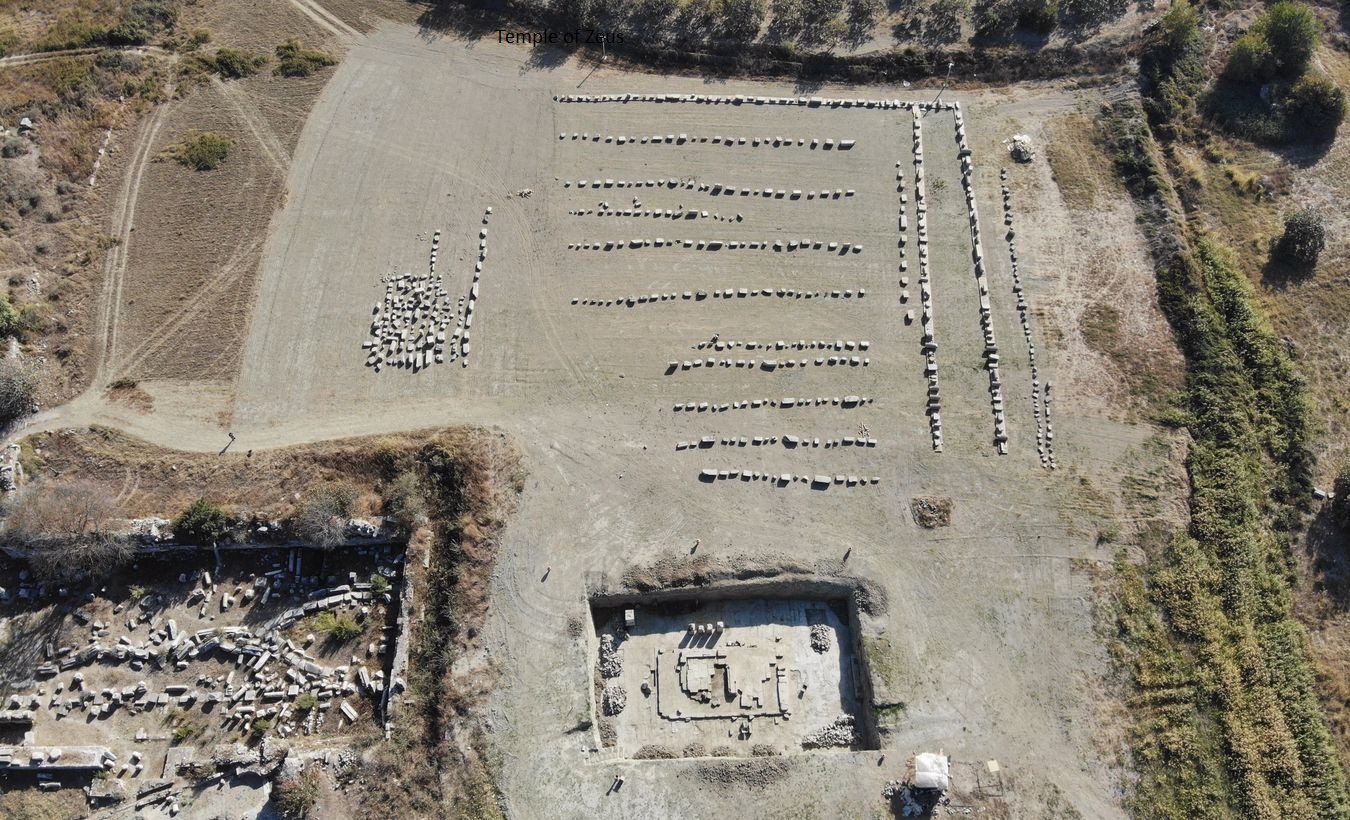 Excavations continue in the Magnesia Ancient City in Aydın, under the direction of Associate Dr. Görkem Kökdemir. The Temple of Zeus, whose excavations began last year, has been completely unearthed. With the discovery of this temple, the excavation director Görkem Kökdemir stated that this temple was very exciting.

The head of the excavation, Görkem Kökdemir, said that this temple is “an important temple in terms of architectural history”.

“We began digging in the area of the agora in 2021, and we did so again this year. In 2021, we started to excavate the Temple of Zeus in the agora and excavated about 1/3 of this Zeus temple. In this season, we continued to excavate the Zeus temple and its surroundings in the region. With the work we have done this year, we have succeeded in uncovering the entire temple of Zeus, a part of which we uncovered.”

“A temple dedicated to Zeus”

This temple is of great importance in terms of architectural history. Temple BC. 3rd century AD and dedicated to Zeus. It is thought that the temple was used uninterruptedly for 600 years. In addition, the Temple was also used as an Imperial Cult Temple during the Roman Imperial period.

It is described as the second-largest city in the region after Ephesus. The ancient city is known as the “city of races” in history. Because there is a stadium with a capacity of 30 thousand people in the city where the races are held.