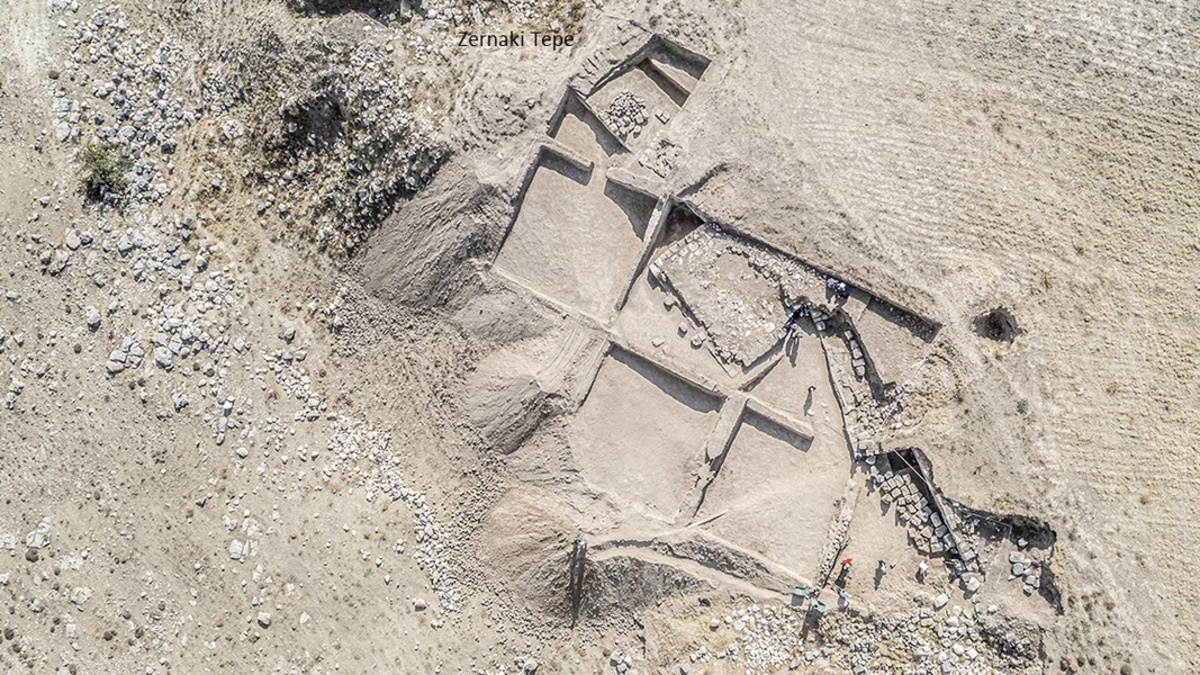 Bastion foundation and cube were unearthed in Van, Turkey. In Zernaki Tepe, located in Van, important information began to be acquired in the grid-planned city, which is considered to be one of the first examples of mass housing understanding in the region.

Excavations continue in an area of approximately 2.5 kilometers in length and 1.5 kilometers in width at Zernaki Tepe. The bastion foundation and cube that will shed light on the future were unearthed in the castle ruins in this grid-planned city.

Excavations are carried out under the supervision of Prof. Dr. Rafet Çavuşoğlu from Yüzüncü Yıl University.

In the grid-planned city, Aramaic inscriptions, ceramic pieces, 4 meters wide and 6 meters high city walls and walls made earthquake resistant with the swallow system were unearthed. During this excavation period, the foundation of the bastion (a round, four-cornered or polygonal castle projection higher than the castle walls) and a cube were found.

The excavation team took the Bastion foundation under protection right after they found it. Another find, the cube, was under investigation.

Remains of bastions were found at the foundation level in the westward part of the walls. Only the basic part of this bastion remains was found and the upper part was destroyed. The ceramics found in this region will give very important information. The cube found is 50 centimeters high. The Aramaic inscriptions found here will provide historical information for the eastern part of Anatolia.

The Mystery of Zernaki Tepe

Zernaki Tepe is the first grid-planned urban settlement of the Eastern Anatolia Region. Certain remains were reached at the top of this area. It is being investigated whether these remains belong to the Urartu period, the Sassanid period or the Persian period.

It was claimed that this place was founded as an Urartian city since the 1950s. However, this is not an exact information. With the new data, it is being researched to which period it belongs, and when the period is determined, it will be an important result in terms of history.