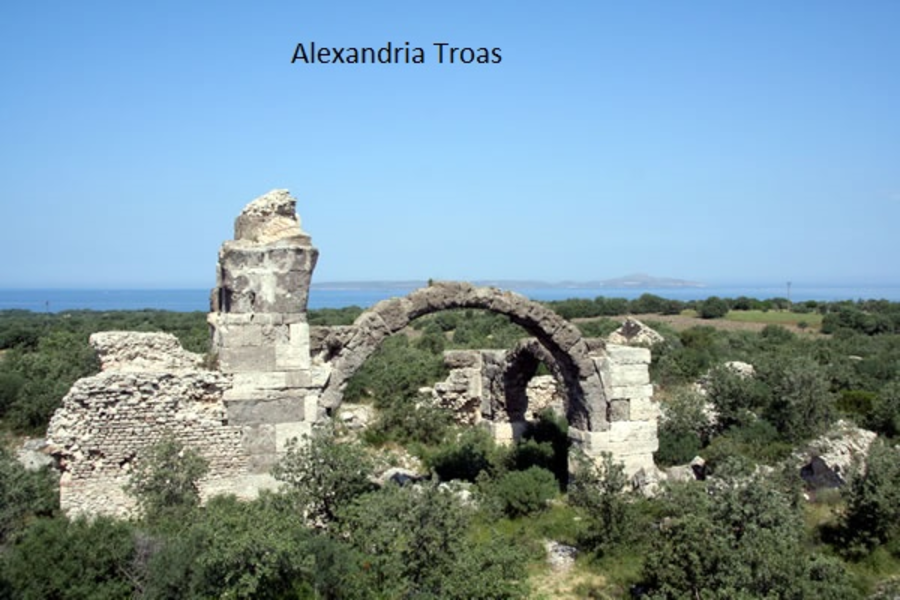 During the excavations carried out this year in the Alexandria Troas Ruins, 2 waste water channels belonging to the 1st century were found.

Excavations have been going on for many years in the ancient city of Alexandria Troas, located in province of Çanakkale. A very important finding was reached during the excavations carried out this year. Two waste water channels thought to belong to 1900 years ago were found.

The excavations in Çanakkale are headed by Prof. Dr. Erhan Öztepe from Ankara University.

In his statements, the excavation director said, “We see the canal system found in modern cities and metropolises under the Alexandria Troas Ruins, as well. It would not be wrong to call this ancient city the metropolis of its time.

Excavations have been continuing in the Alexandria Troas Ancient City by different teams since 1997. It has been determined that this ancient city was a 2,400-year-old port city. It is also considered to be the largest metropolis of its time.

The head of the excavation said that they are in the 12th season of the excavations in the Alexandria Troas Ruins. New data emerged by combining the work of the previous team with the work of this team. With these data, the excavation team reached the entrance of 2 wastewater channels. It is thought that these water channels may have been built during the Roman period. Water is passed through these channels with terracotta pipes. One of these channels is 2 meters to the surface and the other is 6 meters deep. As a result of the studies, it is thought that there is an infrastructure system under the findings.

Alexandria Troas, one of the largest cities in Anatolia, covers an area of 390 hectares and is thought to have 8 km long fortification walls. Founded in 310 BC by Antigonos Monophtalmos, one of the commanders of Alexander the Great, the city was first called “Antigoia”. After the death of Alexander the Great, it was given the name “Alexandria Troas”.

The city was built with great care and planning. In addition to being known as a port city, it is a very important artistic and commercial city with its baths, temples, stadiums, fountains and streets. Also, one of the biggest gymnasiums of Anatolia is in this city.