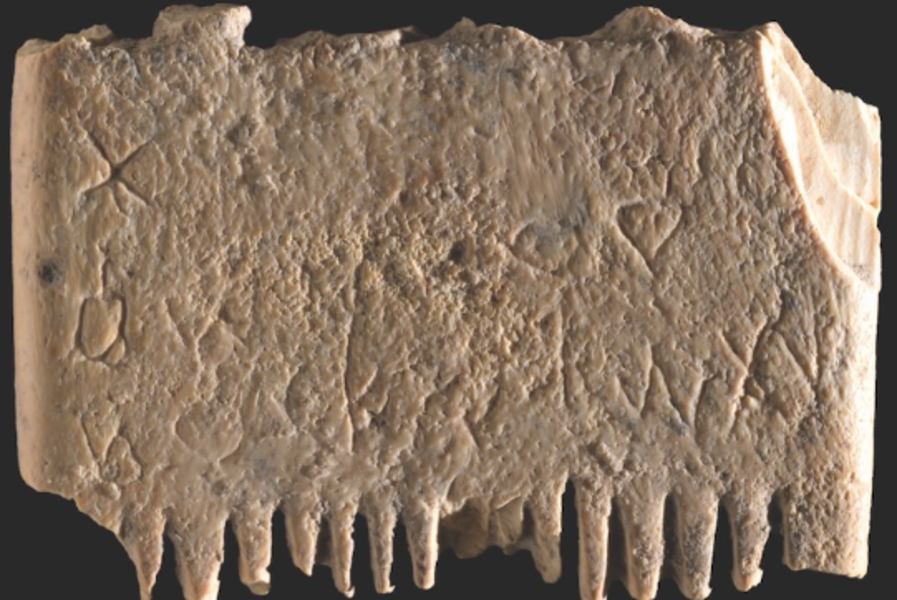 The earliest known written phrase was discovered on an ivory comb found in the Canaanite city of Lachish: “Let this ivory root out lice in your hair and beard.”

It’s a simple phrase that captures the hopes and fears of modern-day parents as well as the Bronze Age Canaanite with its two-sided ivory comb.

The inscription on the luxury item, which is believed to be the oldest known phrase written in the oldest script, reads: “Let this ivory root out lice of hair and beard.”

The comb unearthed in the 2nd millennium BC Canaanite city-state of Lachish, the second most important city in the kingdom of Judah, shows that people have endured lice for thousands of years and that even the wealthiest have not survived the dreadful invasions.

“The inscription is very human. You have a comb, and you wish to remove lice from the hair and beard with the comb. We now have sprays, modern drugs, and poisons.” They didn’t exist in the past,” said archaeologist Prof. Yosef Garfinkel of the Hebrew University of Jerusalem, who helped direct the Lachish excavations.

The 3.5 cm x 2.5 cm comb was discovered at the site in 2017, but shallow engravings on its surface were identified in December last year. The markings proved that the writing was Canaanite, the oldest alphabet invented around 3,800 years ago.

Efforts to derive an age for the comb from carbon dating have been fruitless, but researchers believe it was made around 1700 BC.

More evidence of the comb’s purpose emerged when the researchers examined it under the microscope and identified the tough outer membranes of the early stages of head lice, which were about half a millimeter long.

The researchers say the letters on the comb are made up of seven words, written in the Canaanite script, that make up the first fully deciphered sentence.

Ancient combs were made of wood, bone, and ivory, but ivory ones were expensive and classed as luxury goods. There were no elephants in Canaan at that time.

The world’s first writing systems appeared around 3,200 BC in Mesopotamia and Egypt, but they were not alphabetic. These people used hundreds of different signs to represent words or syllables, so it took years to master, says Christopher Rollston, professor of northwest Semitic languages at George Washington University.

Rollston says the earliest alphabet was invented around 1800 BC by Semitic-speaking people who were familiar with the Egyptian writing system. The system known as Canaanite or early alphabetic was used for hundreds of years, particularly in the Levant, and was standardized by the Phoenicians in ancient Lebanon. It became the basis of ancient Greek, Latin, and most modern languages in Europe today.

Rollston said, “It is particularly fascinating that this inscription is about ordinary life. Lice have been a big problem throughout human history. And this inscription nicely demonstrates that in ancient times even the wealthy were not exempt from such problems.”