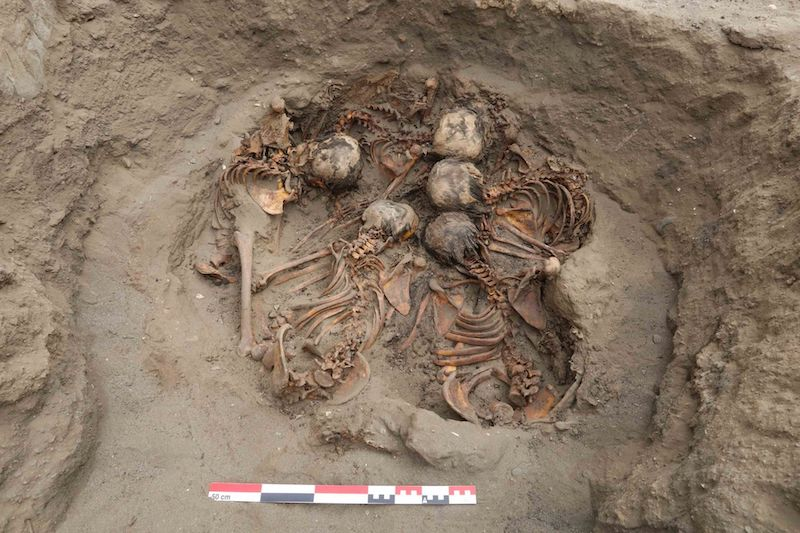 In Peru’s Huanchaco region, the number of child graves buried by sacrifice centuries ago has risen to 302 with the newly found ones.

Archaeologists unearthed 76 tomb of child sacrifices in this area. Thus, it appears that a total of six different “child sacrifices” took place over a period of more than 450 years.

The graves were uncovered at the Pampa La Cruz archaeological site. Gabriel Prieto, head of the Huanchaco Archeology Program, says the results of 80 radiocarbon dating analyzes of the evidence found so far have took us to conclude this resarches.

Also, important information about the Chimu society has also been revealed. Regarding how this society evolved and developed, it was understood that there were six different sacrificial events dating between 1050 and 1500 AD.

Excavation Director Prieto says 76 new children’s graves were found during the excavation process, which was carried out between July and August this year. He stated that 25 of these tombs were found in Mound I, while the remaining 51 tombs were unearthed in Mound II. The total number of sacrificed child graves found in this area so far has reached 302.

Archaeologist Prieto, who is also a researcher at the University of Florida, said that the earliest sacrificial event happenef before 1200 AD, between about 1050 and 1100 AD, and was found at Mound I.

The children buried in this area had one thing in common with the graves of that time: their bodies were placed with their feet to the east and their heads to the west. That is, they were buried with their backs to the sea, a pattern seen in all bodies from that period.