The True Source of Archaeology
Archeotips > Archaeology - Museum > Could the collapse of the Mayan capital be related to the drought? 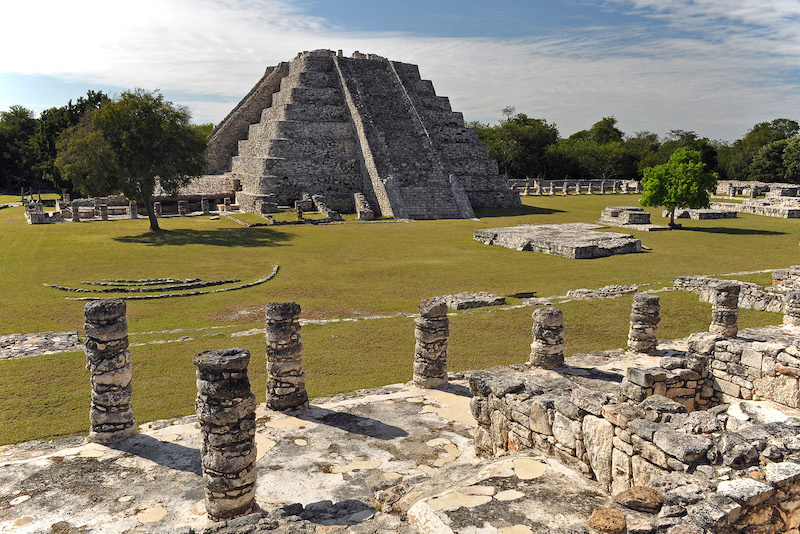 Could the collapse of the Mayan capital be related to the drought?

A prolonged drought may have fueled civil conflict and caused political collapse in Mayapan, the Mayan capital of the Yucatán Peninsula.

Mayapan served as the capital for some 20,000 Mayans from the 13th to the 15th centuries, but collapsed and was abandoned after the Xiu, a opposing political group, massacred the powerful Cocom family.

But new evidence suggests that drought in the previous century played a role in the city’s collapse. Maybe this is the biggest role.

Archaeologist Marilyn Masson says, her team have found shallow mass graves and evidence of carnage in monumental structures around the city.

“Some of corpses were stabbed to the ground with stabs in the pelvis and rib cages, and other skeletal remains were chopped up and burned,” Masson said. Not only did they dismember and burn the corpses, they did the same to statues of their gods.”

But that wasn’t the most shocking discovery for researchers.

The discovery was dated using accelerator mass spectrometry, a radiocarbon dating technology. Researchers dated the skeletons 50 to 100 years before the collapse of the city in the mid-15th century

There are many ethno-historical records of the city’s violent collapse around 1458. Researchers found evidence of carnage about 100 years ago and prolonged drought at that time. The climate data led the team to suspect that environmental factors may also have played a role.

Paleoclimatologists calculated annual precipitation levels for that period using a dating method based on calcite deposits in nearby caves, and found a drought trend throughout the 1300s. Researchers found significant links between a particularly drought period and a drastic population decline from 1350 to 1430.

The Mayans relied heavily on rain-fed maize but did not have any long-term grain stores. The research shows the effects of precipitation levels on food production. In addition, it has an impact on human migration, population decline, wars and political power shifts.

Why were there mass deaths?

Researchers believe that Xiu, who carried out deadly attacks on Cocom, used the drought of the 1300s to incite rebellion. It may also have led to mass deaths and exodus from the city in Mayapan.

But after this period of drought and unrest, the city seemed to recover, albeit briefly, with the help of healthy precipitation levels around 1400, according to the authors.

Masson said, “As Mayapan recovered a bit, the drought reappeared in 1420. They had not yet had time to recover and the atmosphere was still tense, the city administration could not afford another crisis like this.”

The conclusion from the study shows that the response of people in the Yucatan Peninsula to drought is complex. While drought caused social distress and institutional collapse in Mayapan. These results are important in assessing the potential success or failure of modern government institutions designed to maintain domestic order and peace in the face of future climate change.