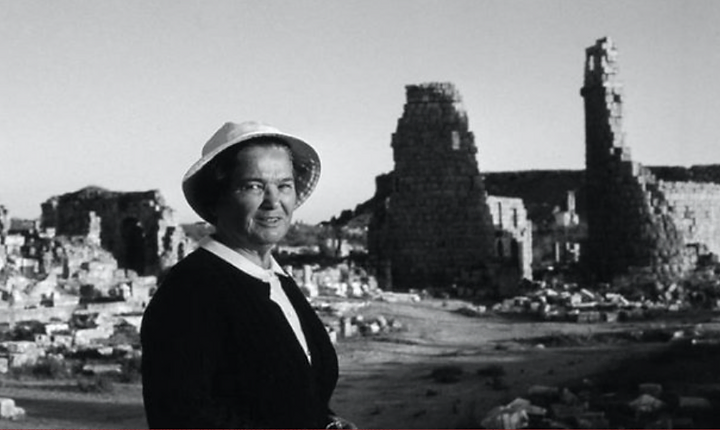 Who is Jale Inan? Why did Jale Inan pass away, what is her profession?” The questions came to the fore. Who is Turkey’s first female archaeologist, Prof. Dr. Jale Inan? Here is her answer…

Jale Inan, who is one of the first names that come to mind when an archaeologist is mentioned in Turkey, has made efforts to unearth the ancient cities of Perge and Side with programmed excavations that have been going on for many years. Jale Inan, who made her mark in history with her studies and the works she brought to the world of archeology, is the daughter of Aziz Ogan, one of the first archaeologists in Turkey.

WHO IS JALE INAN?

Inan was born on February 1, 1914 in Istanbul and She passed away on February 27, 2001.Inan, whose father is a museum curator and archaeologist Aziz Ogan, and whose mother is Ms. Mesture. She became acquainted with archeology at an early age by participating in her father’s professional travels.

She went to Germany in 1934 to study archeology with the scholarship of the Aleksander von Humboldt Foundation. Between 1935-1943, she completed her undergraduate and doctoral studies in classical archeology at the universities of Berlin and Munich.

In 1943 she completed his doctorate under Prof Dr Rodenwalt and returned to Turkey. Jale Inan, who was appointed as the assistant of Prof. Dr. Clemens Emn Bosch at the Antiquity Chair of the Faculty of Letters at Istanbul University. Married Mustafa Inan in 1944, whom she met in high school. The following year, their only child, Hüseyin, was born.

She participated in the establishment of Istanbul University Classical Archeology Chair in 1946 and became the first assistant of this chair and started to assist Prof. Dr. Arif Müfid Mansel. Together with Arif Müfid Mansel, Jale Inan started the excavation of the ancient city of Side in Antalya. On behalf of the Turkish Historical Society, and the excavation of the ancient city of Perge the following year.

She gave very important works on the art of sculpture in the ancient period. The books he published became one of the most important reference works on the Roman and Early Byzantine period portraiture of Anatolia. In 1991, shee worked on the excavation and repair of the Temple of Apollo in Side; She carried out the Perge theater excavations in 1992-1993. In 1995, she became an honorary member of the Turkish Academy of Sciences.