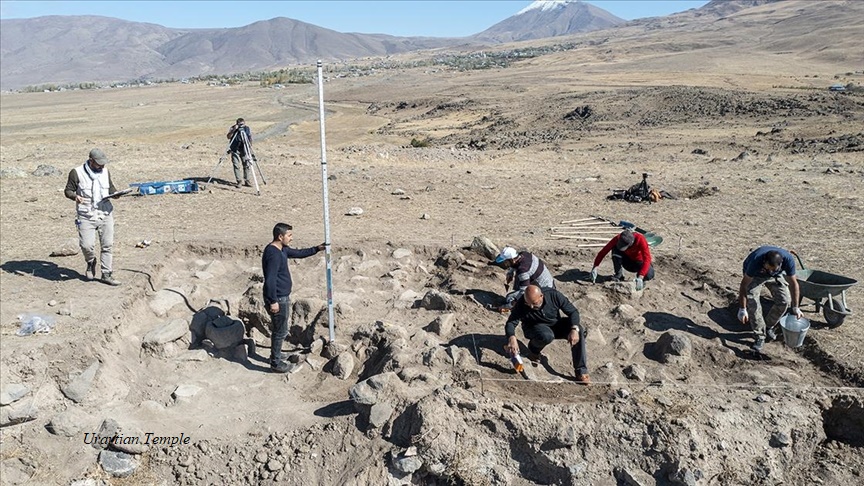 An Urartian temple was unearthed in eastern Turkey

Temple ruins thought to belong to the Urartian civilization were found in eastern Turkey.

Archaeologists found a temple without a corner protrusion in the ruins of the Urartian castle. In addition, ceramics, jewelry, pottery and coins emerged. Many artifacts belonging to the Urartian period have come to light.

Archaeologists continue their excavations in the province of Van in eastern Turkey. Archaeologists found a castle built by the Urartian King Menua. It was found in a rocky area. Excavations continue in and around this castle.

In addition, researchers uncovered different ruins in this region. Researchers found an 8-meter-long temple with no protruding corners, beads, jewelry, bracelets, burial chambers and ceramics. The ceramics are thought to belong to the Middle Ages.

Regional officials think that this excavation will make a big profit for tourism. Researchers believe the Urartians lived in the area 3000 years ago.

Settlement forms of the Urartians

During the Urartian period, large communities lived around Lake Van. Cities are composed of citadels and lower settlements. Apart from the cities, the Urartians established seasonal places, village settlements and private places like today.

The number of cities excavated in the region is 13. Some of these are places like Tushpa, Rusahinili, Ḫaldiei-URU and Aluduri. They preferred mostly agricultural areas and places where they could do animal husbandry. The Urartian people have highly developed infrastructure and wastewater systems.

Urartian structures show equality. In addition to having central cities, there are villages, settlements established by regional administrators, and privately established places. They also built political and military structures in places far from the center.

2 thoughts on “An Urartian temple was unearthed in eastern Turkey”