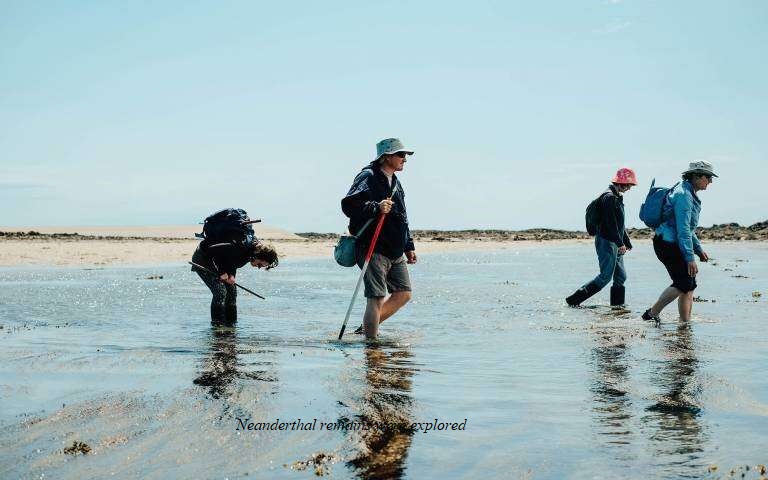 Some Neanderthal remains were explored on the island of Jersey

A team of archaeologists from the University of UCL conducted research in May, when the tides were low.

The team looked for stone artifacts left behind by the Neanderthal society on the seabed, which created by the tides.

The reason the studies were carried out at low tide was so that the Neanderthal people could walk in the sea, which became shallow during these periods. In addition, some animals have used this route. Therefore, the researchers thought that they would find remains here.

With their studies, researchers can reveal how the English Channel looked in the past. The island of Jersey would be a rocky plateau in this study. In the area, there were grasses and bushes. This made it
easy to navigate around the area.

What is the research team’s theory?

The research team created a theory. There is a complex structure around the island of Jersey. The team thinks that Neanderthal humans developed their hunting and navigational abilities in this region. It is also not clear that this area whether used for hunting in a definitive way. Most likely, the remains were swallowed by the sea.

The research team is struggling to explore around the island of Jersey. The reason is that it is a rocky land. But the Violet Bank of the English Channel gets shallow at some times of the day. During these times, the team continued their work to find something.