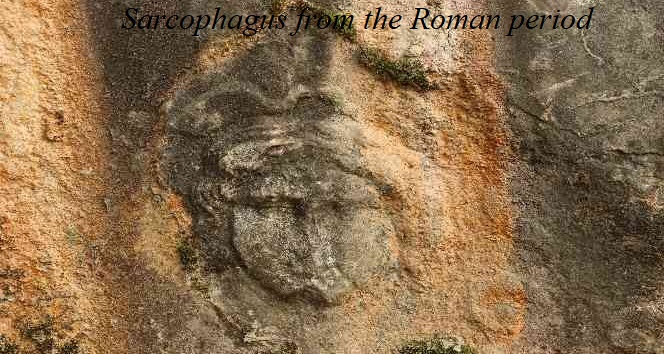 Fountain made with pieces of sarcophagus from the Roman period

The historical sarcophagus was made into a fountain by the villagers. A historical fountain was found in a village in western Turkey.

Villagers in Turkey’s Kocaeli province made a fountain using the lid and parts of the sarcophagus from the Roman period.

Fountain meets the drinking water needs of the village. The head of Medusa and the ornamentation with plant motifs in the fountain attract attention.

There is a fountain built by the villagers in 1961 to meet the drinking water needs of the village in Kocaeli. It is known that the sarcophagus cover and its parts were used in this fountain. It is unknown whether there is an inscription on the fountain, which is covered with moss and cement.

The villagers mentioned that the fountain is very important. They said that they even did laundry in this fountain at the time. They used the fountain for a very long time. But now it is only used for drinking clean water.

Archaeologists researching the area found that this area inhabited for a long time.

Researchers have so far conducted no archaeological excavations in the area. But fragments of sarcophagi and other archaeological materials scattered around show that the area has been used as a settlement since ancient times.

The proof of this is the abundant use of ancient building materials in houses and fountains like this one. The broken sarcophagus lid and sarcophagus fragments found around the village were used as an important building material for the fountain. Inside the triangular pediment on the narrow face of the cover of the covenant is the head of Medusa, which is widely used in Nicomedia sarcophagi. The sarcophagus reflects the Roman period in form and decoration.

Historical and important fountains in the world

The Trevi Fountain in Rome is also known as the Fountain of Love. Because there have been a lot of filming and marriage proposals in this area. They started its construction in 1732 and continued for 30 years. Çeşme has a great reputation and fame right now.

In the 1870s, it was built to carry water to the people while working on arranging the infrastructure of France. Each is known as the Wallace Fountain. It is very stylish in design and form.

The construction of the Saint Michel Fountain was completed in 1860 with the contributions of nine sculptors. It is the meeting point of Parisians. The subject on it tells about the struggle of the angel Michael with the devil.

It is located in Istanbul, Turkey. It draws attention with its architecture and decorations on the way to the entrance gate of Topkapı Palace. This fountain was built in 1728.