The True Source of Archaeology
Archeotips > News > How was the funeral of a Viking in pagan times? 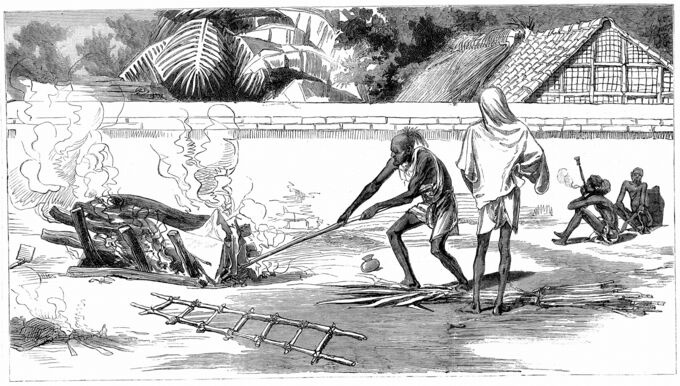 How was the funeral of a Viking in pagan times?

Funeral of a Viking was so important for their society in pagan times. As in any civilization, they took great care and had various traditions.

Vikings generally respected their dead. Even if this funeral belongs to the enemy. As a result of the respect for the dead, funeral ceremonies are viewed from a different perspective in society. Along with sacrifice worship, the funeral ceremony has taken its place as the most important religious ritual of the pagan faith.

The character of the deceased at the funeral was also important. If person was very active and very crazy, the person who prepared his funeral would always approach him from behind.

The first procedure performed on the dead was the closing of the nostrils and eyes. Then the dead would be dressed as if they were going to a party. The most important element in this outfit was her shoes. Because they thought that they would travel in other life with these shoes.

It was also important in the process of removing the dead from the house. If someone killed it, they would take it out differently. If it died on its own, they would remove it normally.

How were the burial procedures done?

There were two types of burial. One of them was the cremation method and the other was the burial method. It is not possible to rank these burials, they used both methods at different times and in different regions.

In another method, they would put their dead in a boat filled with earth for the funeral of a Viking. They used to burn the boat made of this wood afterwards.

When the Vikings put their dead in a boat to cremate, they put their belongings in the boat. After cremation, the ashes were either thrown into the sea or buried. Headstones were erected for warriors. It was also made in mounds for some important people.

Among the items placed next to the dead were weapons, dogs, and the deceased’s favorite items. But the most remarkable thing was that the horse was also sacrificed for the dead.

It was also important for the dead to be rich or poor. If the deceased was poor, they were simply put in a boat and burned. But if person was rich, clothes were sewn onto some of his goods, some were given to his family, and wine was bought with the rest.