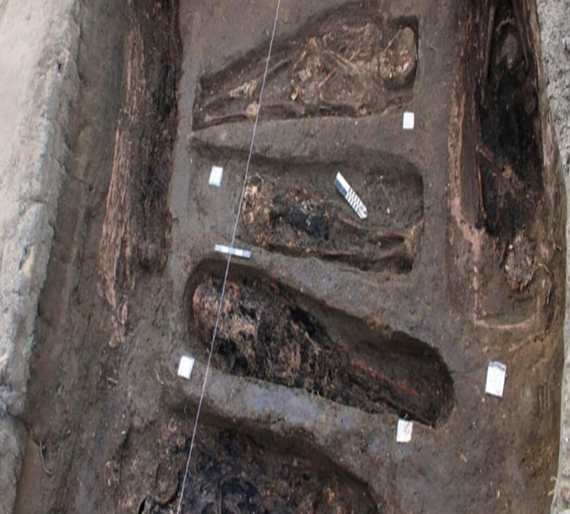 About 20 ancient tombs have been unearthed at New Damietta, about 95 miles northeast of Cairo, Egypt.

The tombs date back to the 26th Dynasty, when Egypt was independent of foreign rulers and had its capital in Sais, a city in the Nile Delta. However, Egypt fought wars for independence from time to time during this time and the region was captured by the Persians in 525 BC.

Some of the tombs contained gold foil grave goods shaped in the shape of Egyptian gods. These are, for example, Isis, who is associated with healing and magic, Bastet, who is believed to protect people, and Horus, the falcon-headed god.

Isis is the goddess of earth and rain, who is considered the protector of nature and magic. Before she became a cat, Bastet was a lioness goddess, but today she has evolved into a cat goddess, becoming Bastet. She is known as the Goddess of pregnancy and fertility she. It also has the ability to protect houses from evil spirits and diseases. Horus is the god of the sky. He is the son of Osiris and Isis. The falcon is depicted with a head.

According to the statement, there are also the remains of canopic jars used to preserve some of the deceased’s organs in the excavation area.

Archaeologists also found scarab amulets at the site. These amulets were very popular in ancient Egypt for their rejuvenating abilities.

There are many unknowns, including how the health of the people in the graves found, and whether they were buried in coffins.