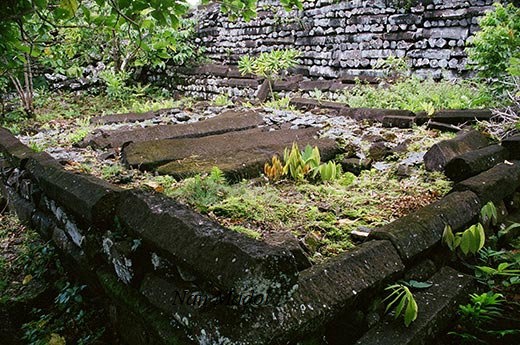 The Magnificent Ancient City of the Pacific Ocean: Nan Madol

Nan Madol is the ancient city of the Pacific Ocean, which is still a mystery. It is an ancient city with an important architecture consisting of artificial islands on the coast of the island of Micronesia.

Researchers found that the ancient city of Nan Madol on the coast of the island of Pohnpei has the oldest structure in the Pacific Ocean. The city entered the World Heritage List in 2016. The ancient city is surrounded by stone walls.

The structures in this ancient city on the island of Pohnpei are thought to have been built in the 1st or 2nd century. It was ruled by the Saudelaur dynasty. It has been explained by archaeologists that these stone monuments in Nan Madol were built 900 years ago.

The building was probably built for funeral rites. Funerals could belong to priests, great clergy, or the elite of the region. The ancient city was not very populated at that time. It has always been a settlement with a small population, so its security was easier. It was a place that other countries did not know much about. The Saudelaur dynasty may have hidden this city from other countries and settled their internal affairs here.

There is no fresh water at this archaeological site. It is also not located in an area where food can be grown. This is why it is thought that water and food were transported by boats by the Saudelaur dynasty.

There is a great mystery surrounding the construction of this megalithic structure. Because it is a matter of curiosity how so much basalt was transported to that island at that time. It was most likely transported from a volcanic plug near this island.

This structure contains a lot of mystery and excitement. The establishment of such a place at the end of the 11th century was very important. The monument, which is one of the places that archeology lovers should definitely stop by and see, will perhaps reveal much more different information in the future.