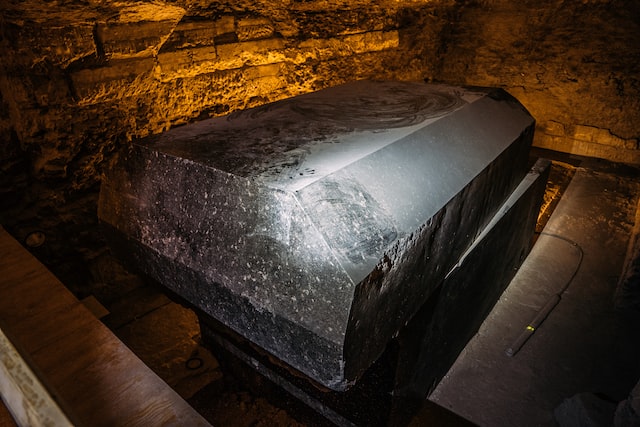 In order to build new buildings in Istanbul, old ones are being demolished. For this reason, archeological artifacts are found in different parts of the city every day.

This sarcophagus, which was found during the foundation excavation of build, was studied by archaeologists and anthropologists. The sarcophagus is technically made of carved stone. Skeletons thought to belongs human were also found in the artifact.

In the examinations made by the researchers, it is thought that the sarcophagus is from the Roman period. This is because of the carvings and embroideries on it.

The artifact found is thought to be 2000 years old. After the researches, the sarcophagus was taken to the Istanbul Archeology Museum by the teams.

Why did Romans use sarcophagi?

Funerals and the afterlife were important in Rome. The reason for this was external factors over the years. In the early days, burial ceremonies were mostly done by cremation, but in later times, there was a gradual transition to decorated sarcophagi.

The sarcophagus occupied an important place in the Romans who were buried in the inhumation. Various basic materials were used in this new burial method, which includes Greek culture. These were materials such as stone and wood. But marble sarcophagi were used for the highest class people.

In the Romans, sarcophagi were used to remember and honor their dead. They made some depictions on the sarcophagi. These were about their life after death and what they did in life.