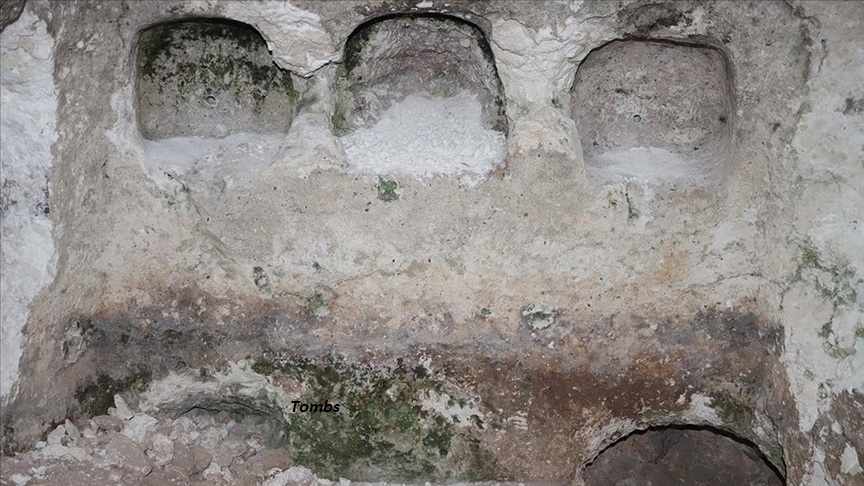 The three-roomed Urartian tomb belonging to the Urartians was discovered by archaeologists. These tombs have a liquid offering area carved into the rock to offer gifts to the gods.

As a result of the withdrawal of Lake Van, a temple belonging to the Urartians was found before. This burial site found was found close to this temple site. Pottery and bone fragments were also found at the site.

In an interview with AA, researchers said there are two small burial chambers to the right and left of the main chamber. The chamber tomb, which was dug into a calcareous rock, reflects the classical characteristics of the Urartians. Researchers said that the tomb was slightly destroyed by treasure hunters.

According to the researchers, this is the first time such a tomb has been found. Structurally, the 3-room chamber tomb is entered through an oval arched door. The main difference is the liquid offering, which is at the top of the hrmrn entrance.

In this sense, the burial chamber is very important from a touristic and historical point of view.

The Urartians are an important tribe that lived in eastern Anatolia. This tribe from the Aryan race lived around Lake Van. The capital of the Urartians is Tuspa.

The Urartians found many inventions. They developed water facilities. In the castles, they built infrastructures. Their houses are small and they have polytheistic beliefs. They are very good at making belts. They were good at pottery work. Besides the Assyrian script, it also has its own cuneiform script.